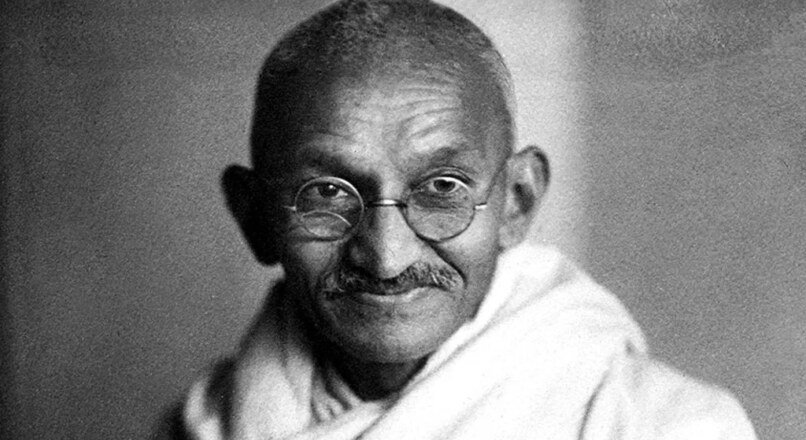 Mahatma Gandhi better known as Father of nation. His real name was Mohandas Karamchand Gandhi. He was the greatest freedom fighter who fought for the freedom of India. Below we have given very easy language essay on Mahatma Gandhi, which you can use for your child  to perform better in their school in any essay competition or for giving speech.

Mohandas Karamchand Gandhi better known as Mahatma Gandhi a greatest leader and a Freedom fight. Mahatma Gandhi was born on 2nd October 1869, in Porbandhar, Gujarat. He made his Profession in law and from London he pursued his graduation in Law, when he returns to India, he put the greatest force for the Indian Independence Movement. He was the Congress leader who brought the Independence in India and inspired the Indians to run peaceful strikes. Every child knows him as the Father (Bapu) of nation.

Mahatma Gandhi has inspired the Indian with the thought of Self Rule “Swaraj” . He taught them to fight for Independence with Non-violence and peaceful resistance. He also put out his “Swadeshi Policy” to start using our Indian goods and boycott foreign goods.

In 1930, when the British introduced tax on Salt, Mahatma Gandhi led the Indians in the Salt March (Salt Satyagrah to Dhandi March). He also insisted on Women empowerment and was totally against Child marriage, “Sati” system and oppression of Hindu Widows.

There are uncountable guidance and support that Gandhi ji gave to the Indian’s throughout his life. His birthday is celebrated as “Gandhi Jayanti” in India every year and that day is declared a National Holiday in India.

Mahatma Gandhi full name Mohandas Karamchand Gandhi and better known as Bapu or “Father of the Nation because he has great contributions in the independence of India. He was born on 2nd October 1869 in Porbandar, Gujrat. His father name was Karamchand Gandhi. He believed in the non-violence and protest with peace. He worked to remove untouchability from the country, he also raised his voice for the social development of villages and inspired Indian people to buy Indian goods. He inspired Indian to fight for their rights and freedom.

He was the one who make India an independent country. He is still remembered by all the Indians great works including truth, non-violence, love and fraternity. He was highly inspired by the life of the King Harischandra. His father came to Rajkot from Porbandar, Gujrat when Gandhi was married to Kasturba at the early age of 13. He passed matriculation at the age of 17 and then studied for some time in a college at Bhavnagar. Later he went London to get degree in law and became a lawyer.

He introduced many mass movements including Non-cooperation movement in 1920, the Quit India Movement in 1942. After his great contribution he finally brought independence in India by the British Government. He also worked on removing the colour barrier and caste barrier from India.

He was a great social leader who died on 30th January 1948 after completing his aim of life and his body was buried at Raj Ghat, New Delhi. 30 of January is celebrated as the Martyr Day every year in India in order to pay homage to him and his birthday 2nd October is celebrated as Gandhi Jayanti every year in India. He proved that everything is possible with the non-violence peacefulness. Even after his death he is still alive in the heart of every Indian. Mohandas Karamchand Gandhi was born in Porbandar, India on October 2, 1869. He was born in a vaish family father Karamchand Gandhi was the dewan in Rajkot state and His mother was a lady of orthodox views. After completing his schooling in India, he went London to study law. He was the extraordinary leader of the World’s first successful nonviolent movement for independence. He was the leader of Indian National movement which finally led to India’s Independence from British rule. His Philosophy is expressed through the term Satyagraha which means holding on to the truth. He described it as truth force, love force or soul force. Gandhi first employed his weapon of Satyagraha in the Indian struggle for civil rights in South Africa. His two important principles are truth and nonviolence.

In South Africa, Gandhi actively fought for the Indian Community against racial discrimination. He started protest campaigns and demonstrations for the country. He gathered Indians to a march for freedom. In his protest in South Africa, he never resorted to violence and even urged his fellow Indians to follow the path of nonviolence. His aim was not to fight back violently. He believed in passive resistance. He was made of a sterner stuff He continue fighting till he secured the rights for the Indians that they want.

When Gandhi ji came back to India He organized the Indian National Congress and infused into it a truly patriotic zeal. In 1919, there was an indiscriminate shooting by General Dyer on innocent men, women and children in the Jalliawalla Bagh, at Amritsar, Punjab. Mahatma Gandhi also protested against this injustice. He insisted the government to withdraw the Rowlatt bill vehemently, organised protests against the Jallianwala Bagh massacre in Amritsar and marched to the sea to make salt from the water. This was to show his total opposition to the Salt Act. In August 1942, the last and final blow was struck. The famous ‘Quit India Movement’ was passed in Mumbai.

The whole country stood as one man against British domination and finally India was declared as an Independent country on the 15th of August 1947. Gandhi Ji’s sacrifices had brought freedom in India. He was shot  by a fanatic, Nathu Ram Godsey, while coming for addressing a prayer meeting at Birla House, Delhi. He was a truly a great leader. He was the Father of the Nation, the maker of modern India, the architect of her freedom.

The period from 1920 to 1947 had been described as the Gandhian Era in Indian Politics. Gandhi began to work day and night for the freedom of his country. He went to jail  twice but he didn’t give up. Men like him are immortal who only live for their nation. His memory will live so long in our heart as India and the world live. His birthday 2nd October has been declared as a national holiday and is celebrated as Gandhi Jayanti every year in India. India owes her freedom to Gandhi and Gandhi alone.